Established by the ISCTR Board of Directors, the Glen and Marilyn Nelson Award for Innovation and Translation in Cardiovascular Medicine honors leaders in translational cardiovascular medicine. This video provides more information about the award and its pioneering namesakes. 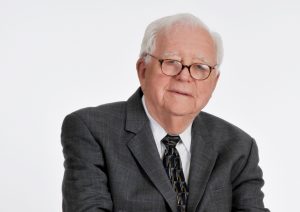 Before the 1950s and 1960s, heart attacks were often considered death sentences by the public and little better by the physicians attempting to treat them. Credit the work of Eugene Braunwald, MD, considered the leading name in cardiology, for proving that an MI was not a sudden shot to the heart but a dynamic process that could be treated and in doing so, transformed the field of cardiology from one of passive observation to active intervention.

Dr. Braunwald’s first major paper was published in Circulation Research in July 1954, and he has authored more than 1,400 articles since as well as Braunwald’s Heart Disease, recognized as the best book on the subject worldwide. For the past 30 years, as Chairman of the TIMI Study Group, he and his colleagues demonstrated improved patient survival with a patent coronary artery which led to the widely accepted “open artery hypotheses.” They were the first to show the benefit of preventing adverse remodeling of the infarcted ventricle with ACE inhibition. In the PROVE-IT Trial, they demonstrated the benefit of more intensive reduction of LDL in high-risk CAD patients, favorably affecting the lives of millions.

The Distinguished Hersey Professor of Medicine at Harvard Medical School, Dr. Braunwald received his medical training at New York University and completed his residency at the Johns Hopkins Hospital. He served as the first Chief of the Cardiology Branch and as Clinical Director of the National Heart, Lung and Blood Institute, founding Chairman of the Department of Medicine at the University of California, San Diego. From 1972 to 1996 he was Chairman of the Department of Medicine at the Brigham and Women’s Hospital. He was a founding trustee and Chief Academic Officer of Partners HealthCare System.

Dr. Braunwald has received numerous honors and awards including the Distinguished Scientist Award of the American College of Cardiology, Research Achievement, and Herrick Awards of the American Heart Association, and the Gold Medal of the European Society of Cardiology, and is the recipient of 19 honorary degrees from distinguished universities throughout the world. Dr. Braunwald was the first cardiologist elected to the U.S. National Academy of Sciences. The living Nobel Prize winners in medicine voted Dr. Braunwald as “the person who has contributed the most to cardiology in recent years.” 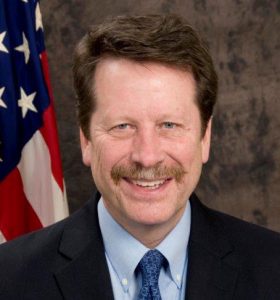 The former Food and Drug Administration’s commissioner of food and drugs, Robert Califf, MD, is vice chancellor for health data science and director of the Center for Integrated Health Data Science at Duke Health and the Donald F. Fortin, MD Professor of Cardiology in the Duke University School of Medicine. He also is an adjunct professor of medicine at Stanford University and an advisor for Verily Life Sciences. Prior to joining the FDA, Dr. Califf was a professor of medicine and vice chancellor for clinical and translational research at Duke University, where he also served as director of the Duke Translational Medicine Institute and was founding director of the Duke Clinical Research Institute.

While at Duke, Dr. Califf led major initiatives aimed at improving methods and infrastructure for clinical research, including the Clinical Trials Transformation Initiative, a public-private partnership co-founded by the FDA and Duke. He also served as the principal investigator for Duke’s Clinical and Translational Science Award and the NIH Health Care Systems Research Collaboratory coordinating center.

A nationally and internationally recognized expert in cardiovascular medicine, health outcomes research, health care quality, and clinical research, Dr. Califf has led many landmark clinical trials and is one of the most frequently cited authors in biomedical science, with more than 1,200 publications in the peer-reviewed literature.